What a lovely gesture on Mothers Day in the Netherlands

Ajax football club celebrated Mother’s Day in the Netherlands by asking the players’ mums to join them on their traditional pre-match walk on.

Mums were invited to join the Ajax squad as they walked on to the pitch at the Amsterdam Arena ahead of the game against Cambuur Leeuwarden. Viktor Fischer’s mum would have been left proudest as her son bagged a double in the victory.

Ajax captain Niklas Moisander and goalkeeper Jasper Cillessen led the sides out before they thumped their mid-table opposition 3-0. 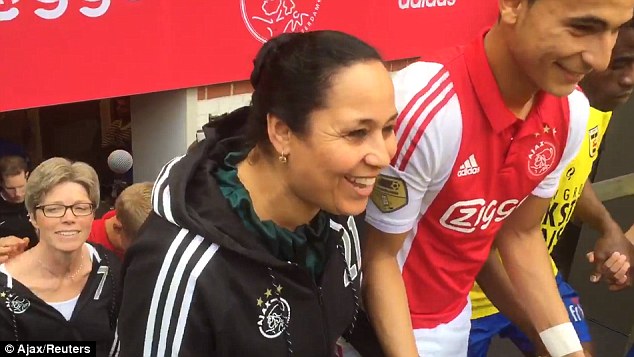 The win was Moisander’s last game before his move to Serie A side Sampdoria and the Finnish defender admitted it was ‘very emotional.’

With the best will in the world I cannot see this ever happening in the English Premier League with all the “mach0 testosterone” that swirls around footballers in this country. But the Dutch seem to have no such problems and it was a wonderful gesture to involve the mothers on “their” day.