Bright teenagers are being taught how to adopt a firm handshake and how to make eye contact because they do not know how to behave in interviews. Teachers fear students with the highest potential will be unsuccessful in university and job one-on-ones because they have not learned how to conduct themselves in formal situations.

In a bid to give them ‘insight’ into the importance of body language, top students are having lessons in the dangers of mumbling, bad breath and even failing to plan the right outfit.  In sessions guided by a group of volunteers, pupils are also shown how to avoid a ‘wet fish’ handshake and why they should try not to do nervous foot-tapping.

As part of the scheme, the students are even advised on getting a hair cut and buying a new shirt the night before an important interview – and to make sure they smell nice.
The lessons form part of a scheme known as LikeSkills, a project run by Barclays and the Transformation Trust, a youth charity, which was set up two years ago. The scheme, which works with those aged between 11 and 19, now operates across 11,000 schools, colleges and youth clubs.

Kirstie Mackey, head of LikeSkills, said the scheme aims to give students ‘a bit of insight into the importance of body language and making a good first impression’.
The aim is to show how their so-called soft skills – including self-awareness, self-confidence and personal presentation – can make a positive different to career prospects. 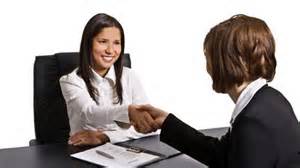 A typical lesson might involve an introduction from a volunteer, before a series of mock job interviews which are carried out between class peers.  In one lesson at Ernest Bevin College in south London, Steve Beckles-Ebusua told the sixth form boys how to ‘sell themselves’.

According to The Times, he said: ‘An interview is a performance. Do your homework and do what you can to prepare for the bid day. It’s like asking a young lady out. Have a plan. Make sure you look the part. Get a new shirt and a haircut.’ Lobsong Lama, 18, who is predicted top grades and wants to be an investment banker, said the lesson contained ‘golden nuggets’.

He added: ‘The end goal is to get a job and to do that you need to well in interviews. In school, we don’t get these tips.’  Those behind the programme say the lack of part-time and Saturday jobs has stopped teenagers being put into situations where they are forced to develop their confidence.

This article originally published in The Times starts off with the words “bright teenagers” but I find it very difficult to believe that so-called bright teenagers do not know how to shake hands when meeting someone or present themselves professionally at interviews. What is it about the current generation that many seem to have no common sense, no social awareness and worse still no concept of what is considered to be “good manners.”

Have they never see their parents shake hands when greeting people or watched a film / TV programme where people meet and shaking hands is considered the “norm?”

More importantly why are they not being advised by their parents about these things, or if they are, why do they choose to ignore the advice?

I quote: “Lobsong Lama, 18, who is predicted top grades and wants to be an investment banker, said the lesson contained ‘golden nuggets”……….well if he is 18 years of age and one of the academic high flyers AND doesn’t know how to greet people or to present himself at that age then there is very little hope for him.

What I do find surprising is that this issue has reared its ugly head again as I can remember my work as a careers adviser back in the 1970s when we were working with teenagers and always included sessions on “impression management” and in recent years I have done sessions for both under and post graduates on the same topic in various UK universities so there is nothing new in what is being done by Barclays and the Transformation Trust.

But the question that still puzzles me is that I left secondary modern school in 1965 aged 16 and I knew that if going for interview I should dress professionally and greet someone formally when meeting them by shaking their hand. It was simply social convention, I didn’t need to be taught it. What has changed?