Estate Agents………don’t you just love them? 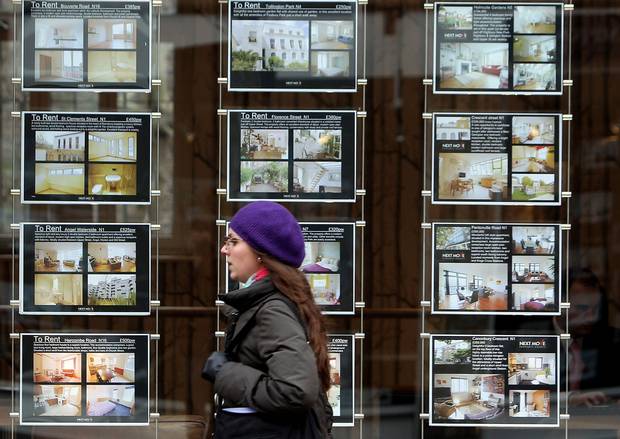 Yesterday I spent most of the day visiting a number of estate agents in the small Derbyshire town of Glossop because the family has a property to sell in the town.

After doing some research on the internet a number of potential sellers were identified, a list of questions drawn up as to what essential information we required and then it was a fifty-minute journey by car to reach the town.

Given that Estate Agents have such a poor reputation with many members of the public and indeed, I have my own horror stories of “dubious practice” when selling my house in Sheffield, that I tried to approach the job with an open and non-prejudicial mind. 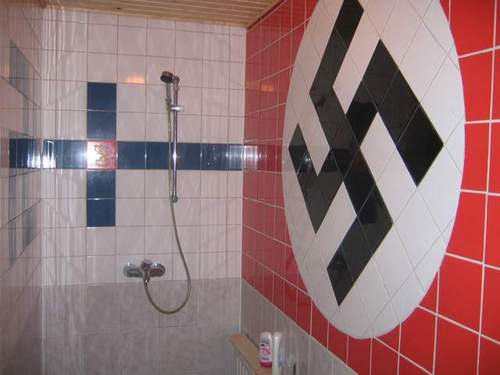 described in the brochure as “contemporary bathroom with hints of Germanic undertones”……..

The first agency I visited was a large well-lit room, plenty of space and displays and literature looked professionally produced. A lady greeted me (but didn’t say good morning or offer to shake hands) and then proceeded to outline what package was on offer for selling a property. She was very pleasant, provided virtually all the information I required without being prompted and conducted herself in a very professional way. I came away quite impressed and scored her highly on my assessment sheet.

The second agency visited was one that had been recommended and so there were high expectations. Well how wrong can you be? The premises were one fairly small, badly lit room with very little room for customers. As I entered the lady on reception was dealing with a customer so I stood and waited. Then a voice from a desk at the back of the room shouted, “do you need some help?” to which I replied, “yes, I would like to discuss the sale of a property.” The response was “oh, we are lettings and don’t deal with that, can you go back to the front and wait for the lady on reception.” (I was singularly unimpressed with this response). When I eventually got to see the lady on reception I had to do a lot of prompting to get the information I wanted. I specifically asked who takes the photographs to market the properties, “Oh, that is me” she said and smiled. Looking around the agency it looked “tired” and the photographic displays of property were unimpressive. I was very disheartened by my “customer experience” and scored them lowly on my assessment sheet. 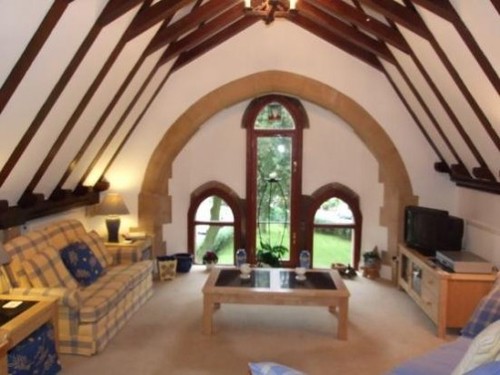 Brochure description “‘A rare example of what architectural historians refer to as a “fertility window”.

The third agency was one of a national chain, large well lit room and displays and literature looked professional (as you would expect). A young lady greeted me and then took me through the service they offered. Whilst she was doing this a male member of staff was sat behind her and conducting a conversation with two female members of staff at the other side of the room. After ten minutes I could stand this no more as the noise he was making was intrusive, so I stood up and suggested that if he wanted to hold a team meeting to do it in the privacy of his office and that his behaviour was extremely unprofessional. There was a momentary stunned silence in the office and then he looked at me, got up and disappeared in to his office without any apology whatsoever. The young lady dealing with us then continued to outline the services they offered and did it very well. My assessment was clouded by the appalling behaviour of the male member of staff and so I marked them down.

The fourth visit was to a smallish estate agency, space was limited as I entered but not unduly cramped. The lady on reception took me though the key issues that I wanted covered (with some prompting occasionally) but when I asked “what % do you charge?” she said she couldn’t give that information as it was the responsibility of another member of staff. At this point and obviously sensing my dismay she called over to a gentleman at another desk (he turned out to be one of the partners) and asked about fees. He then said the % charged depends upon the selling price, so I gave him a ‘ballpark figure” and he gave me a quote. I thought why couldn’t the lady have done this herself in the first place. And if they don’t trust her to pass on such simple information why are they employing her?

Whilst the partner impressed me with his knowledge of the local market and marketing property effectively my overall impression was a little negative.

As I sat in a small coffee house in Glossop reflecting on my experiences a number of things jumped out at me:-

1 Response to Estate Agents………don’t you just love them?