A canal walk and a hearty “Guten Morgan”

Last Sunday morning I took a walk along the narrow canal in Uppermill, just outside of Oldham and nestling at the foot of the Pennines. The weather was warm and the surrounding countryside a lush green colour as I made my way along the canal bank. 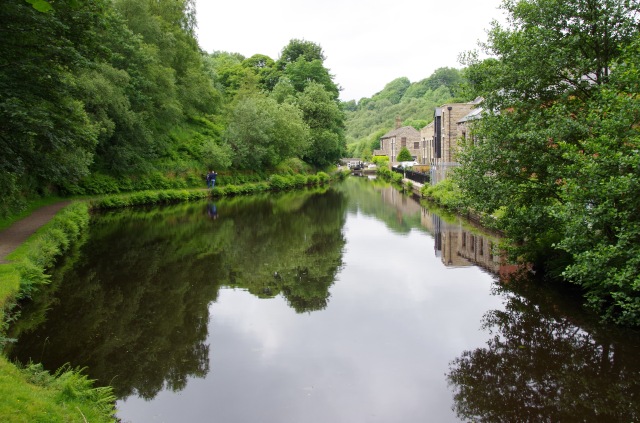 The walk is very popular with locals and there were plenty of people out and about, making the most of the warm dry weather. The little cafe at the side of the canal was doing a brisk trade in “full English breakfasts” and I can confirm that they serve a very good cappuccino. 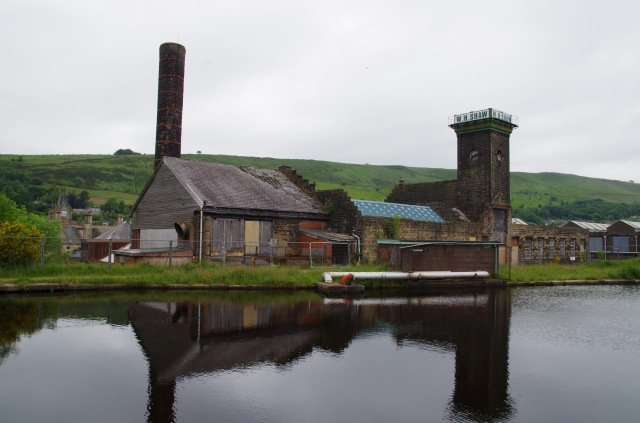 Industrial heritage at the canal side

I came across a number of anglers, sitting and gazing at their floats on top of the water but I have to confess that after trying fishing as a teenager it is not for me, a bit like watching paint dry! Never the less for some it is a family affair as I saw a young boy being schooled in the “angling art” by an enthusiastic father (it take all kinds!).

A study in concentration

The canal rises up at Uppermill through numerous locks as it heads towards the Pennines and through the Marsden Tunnel, which, at around 3.5 miles in length is the longest underground canal tunnel in the UK. Eventually you emerge at Tunnel End in Marsden and you are then in West Yorkshire. 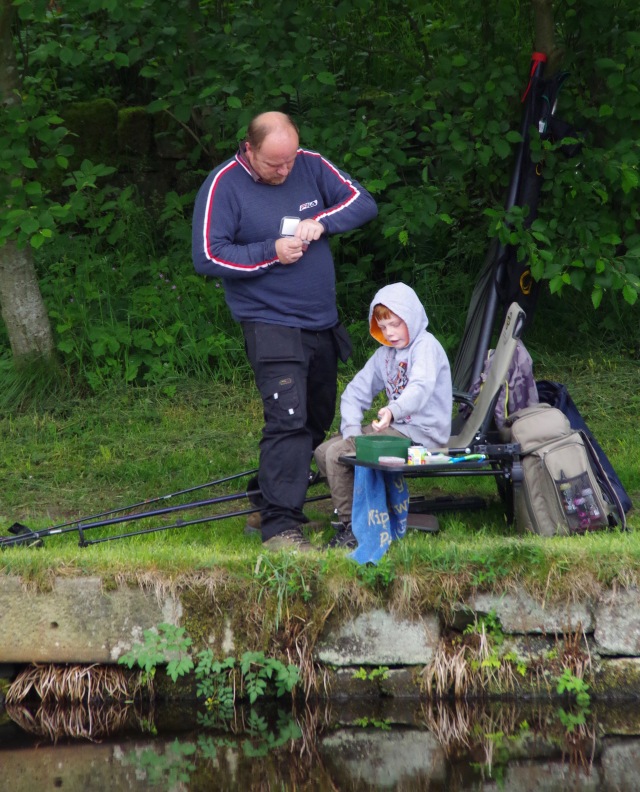 Trainee angler gets instruction from dad………..

It is fair to say that many in Saddleworth and Uppermill have never accepted being moved from West Yorkshire to Greater Manchester when boundary changes took place a good number of years ago. Indeed , they still fly the white rose of Yorkshire in those villages and still consider themselves “Yorkshire folk.” Being a Red Rose Lancastrian myself, I have to tread warily on this subject, particularly as I have lived in Yorkshire for the last thirty eight years………..but still considered an “incomer” by the locals.

As I approached one of the locks I saw a lady opening it and her husband guiding the narrow boat into it. As he approached I wishes him a “good morning” and he responded with a smile and an accented “good morning.” I thought I detected a Scandinavian accent but he smiled and said “we are from Bremen in Germany and we have come to spend six months travelling the canals of the UK. They had started in Northamptonshire and were heading for Leeds, then over to Liverpool and then back to Daventry. I wished them well and continued my walk along the canal.

Lock by the cafe

Dotted alongside the canal are empty shells of old industrial buildings, possibly textile mills, that are a reminder of the areas industrial past and how important the canal had been to the prosperity of the area many years ago. But as you look up, your eye is drawn to the rising Pennine hills that separate the two counties and it is difficult to believe at times you are only a few miles from the centre of a gritty northern town, and not the prettiest by any means!

Wife supervises enry to the lock

So, anyone wanting to while away a couple of hours, take some exercise, see some of our industrial heritage and get a good coffee, then take a walk along the canal at Uppermill, it will not disappoint.