Tweet: “I have seen a jellyfish with more backbone than Andy Burnham” 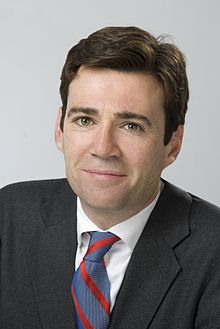 Is Andy Burnham (MP for Leigh) the biggest carpetbagger in British politics. As his colleagues resign en mass to try and get rid of the “walking dead leader” Jeremy Corbyn, he offers Corbyn his backing.

A senior Labour source said: “Andy once again puts his desperation for the next job ahead of party and country.” And as one tweeter so brilliantly put it earlier today “I have seen jellyfish on the beach with more backbone than Andy Burnham”

And on a personal note, Burnham is the MP for the town in which I was born and raised.

……………and they wonder why the Labour Party is in trouble!