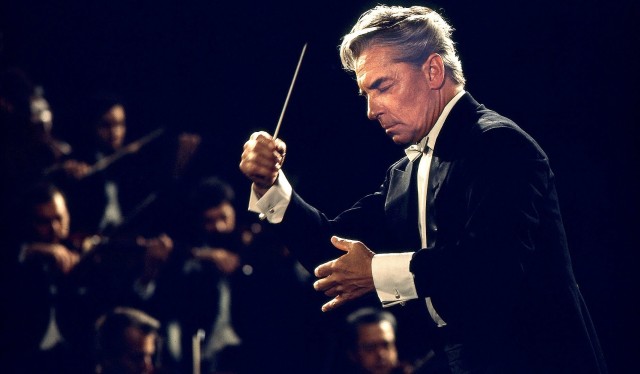 In the world of classical music it is often said that the orchestral conductor has to manage the egos and personalities of the often ninety plus musicians in front of them. There have of course been those conductors who would have made good dictators, such was their attitude and behaviour towards musicians e.g. Toscanini.

At one time conductors had the power to hire and fire on the spot thus making the career prospects of many musicians very precarious. And the reason for sacking a musician could be a clash of personalities rather than musicianship.

On the other hand there are orchestras that are renowned for “makings things difficult” for conductors they took a dislike to. Possibly the two most notorious orchestras are the New York Philharmonic and our very own London Symphony Orchestra. They were not averse to giving conductors a hard time in rehearsals and could easily sabotage a performance by not following the instructions of the conductor.

The cynicism towards conductors is often found in the “gallows humour:” amongst musicians with their jokes:-

How do you stop a conductor from drowning?

Take your foot off of his head.

There is a story about one of the London orchestras that may well be apocryphal but I have read it many times and I am sure there is a large element of truth in it. Apparently a very famous international conductor with a world wide reputation was rehearsing a London orchestra when the leader shouted at him “ you’re not as fucking good as you think you are” as he and the orchestra got fed up with the rehearsal.

Of all the conductors that have even waived their cheery arms, the one with the alleged massive ego was Herbert von Karajan, Music Director of the Berlin Philharmonic. He forbade players to grow beards until James Galway the Irish flautist basically told him to “piss off”……..Galway was one of the few who had the courage to take on von Karajan and eventually walked out on the orchestra, much to von Karajan’s chagrin. There are many stories told about von Karajan’s ego and feeling of self-importance, this is one of my favourites:-

Karajan goes to the undertaker and wants to look at coffins — something simple and economical, please. The undertaker interprets this in his own way and shows various models of fine material and elegant design, each of which is rejected. Finally the conductor insists on being shown simple wooden coffins and selects one. Undertaker, pained: “But tell me, Herr von Karajan, why, for such an important occasion, should you economise?”

Karajan, calmly responded: “And why should I spend a fortune when I’m only staying three days?”

Today, the tyrant conductor has almost disappeared as many conductors seek to develop rapport with orchestras and many have a more consultative approach to the musicians e.g. Simon Rattle in Berlin.

But I suspect the tension will always exist between musicians and conductor, the former thinking the latter an overpaid, preening peacock of limited talent, and the latter thinking what a talentless, stroppy bunch of bastards they are.

Long may it continue.