A further pilgrimage to the School of Management at Bradford University today (in the ubiquitous “re” building) for the mock assessment centre for the students participating in the career management module which is part of their degree programme. 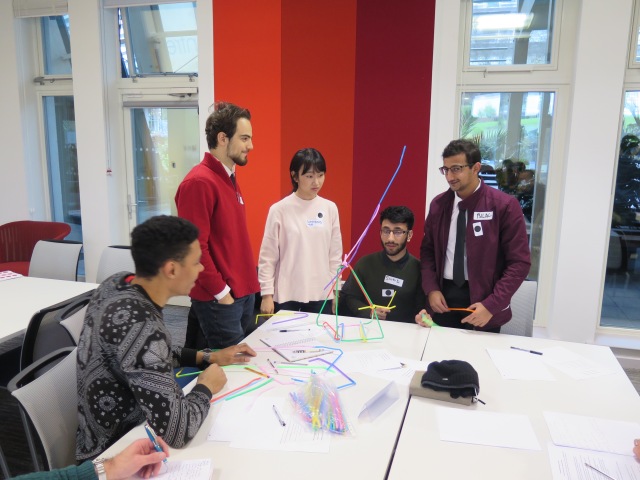 The students work in teams of up to eight people and are observed by “assessors” recruited from employers in both the public and private sectors of employment. They had two tasks to work on, the first being a construction exercise in which they are required to build a one meter high tower made out of straws. Moreover, they have ten minutes planning time and ten minutes to build the tower and it has to stand unaided for one minute after construction.

It has to be said that not many of the teams achieved the task but the key element is the feedback from observers / assessors about their approach. In the group I was assessing issues such as lack of a cohesive plan, people working with a different idea of what the tower should look like, some people lacking self confidence to offer an opinion / suggestion, poor time management where just some of the factors discussed with the group.

The second exercise was about framing questions and the group had obviously listened to the assessors comments from the first exercise and their was greater cohesion towards the task and greater consultation between individuals. The feedback we gave was both positive but also constructively critical. I got the feeling that one or two of them were not used to such blunt comments they received. But as we pointed out, the critical issue to ask yourself is “what have I learned, what do I need to do differently and how do I go about continuing my development?”

Many of the students are from overseas and one has to factor in the differing cultural norms within the societies they have come from. However, if they wish to apply for jobs in the UK they have to be able to “step outside” that norm (and comfort zone) and develop some new behavioural norms. 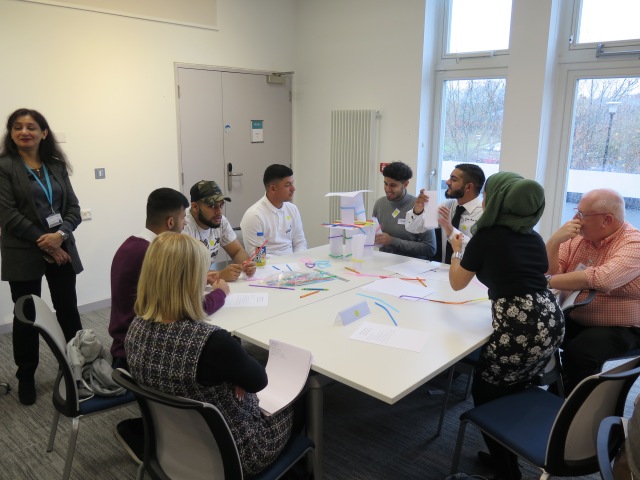 My thanks go to Elaine Dean and all her colleagues at the School of Management for organising an excellent day and from which the students would hopefully derive enormous benefit, and also to my fellow assessors who came from different organisations in the region (one gentleman had travelled from North Wales to participate). It is vital that students get these opportunities and get exposure to people they would not normally come into contact with.

Long may the programme continue as it is an invaluable tool in preparing students for “transition” to the worlds of work, entrepreneurship and masters / doctoral studies. After all, aren’t employers always complaining that students are not “work ready” when they recruit them? Well, Bradford students are well on their way to being “work ready.”

All photographs were taken at the activities today.