Yesterday was Golcar Lily Day in the village I live in here in West Yorkshire, perched on top of the Pennine Hills. So what is the story behind the villages association with “Lily?” 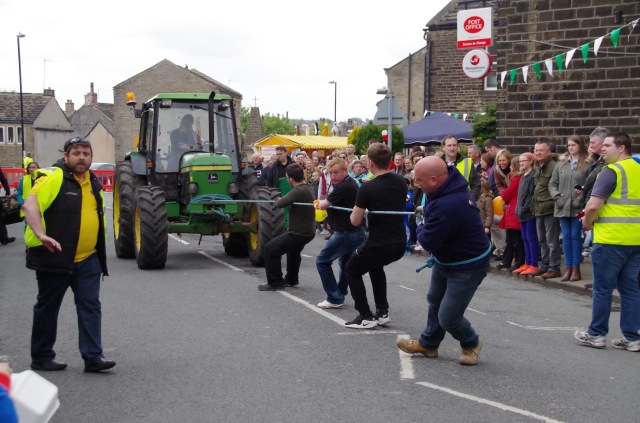 Lily of the Valley allegedly grew in some profusion in the Colne Valley, before the Industrial Revolution; the faces of the young women of the Valley being burnt by the wind, some have even suggested it was the name of a local stagecoach! 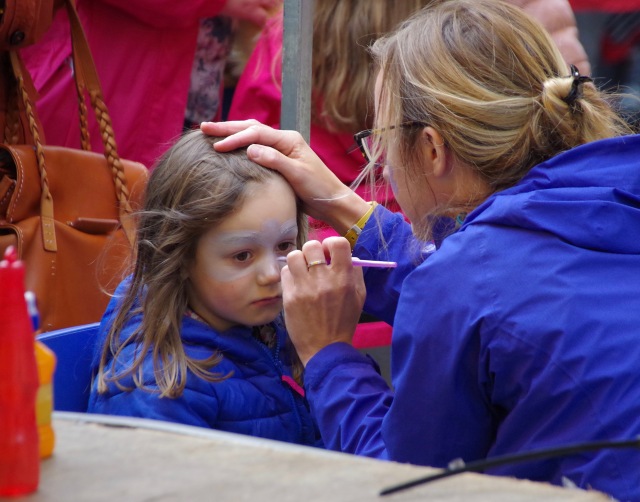 When John Wesley rode into Huddersfield, he was famously taken aback by the savage nature of the inhabitants – he felt the people of Golcar were “as gentle as Lilies when compared with the uncouth & ignorant peoples of Bolster Moor & Scapegoat Hill”

Most academics now accept, the ‘Lily’ was imported with the Huguenot peoples from France, persecuted throughout the 16th Century.

A number discovered the sparsely populated Colne Valley, where the hills & valleys reminded them of their homelands. The Huguenots famed for their weaving of textiles & tapestries, found a ready market in the Colne Valley for their skills with the abundance of raw materials. The Lily is the emblem of the Huguenot peoples, & as a result the Lily became the emblem of the area.

It was incorporated into the village standard around 1817, which corresponds with the historians earliest known use of the ‘Lily’, in a newspaper report of August 17th 1817. 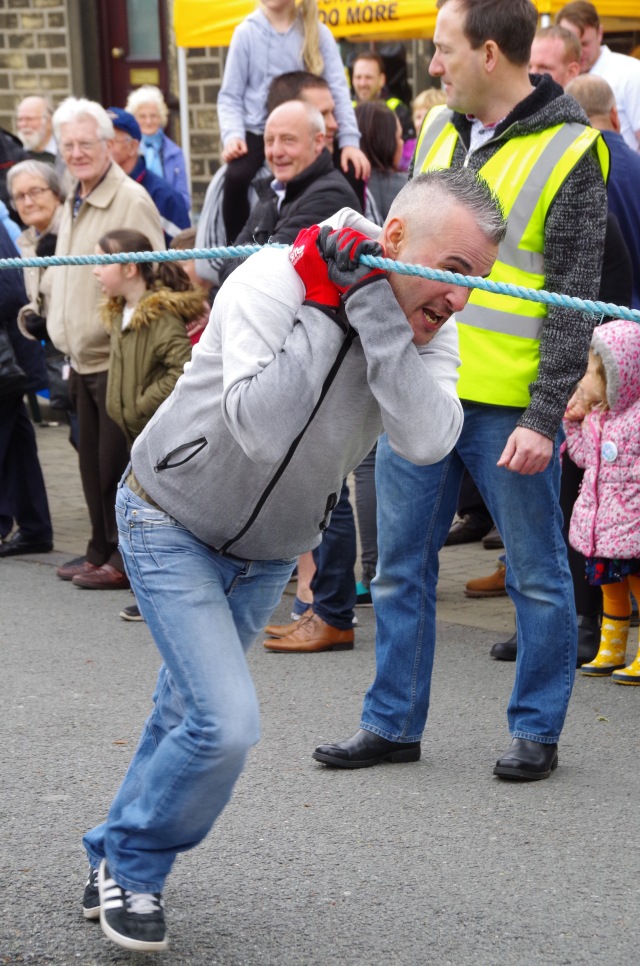 So in recent years the village has held a community event to celebrate the Golcar Lily with brass bands, stalls featuring local produce, tractor pulling, face painting, mini steam engine and of course the morris dancers. Yesterday was no exception, with the highlights being the tractor pulling competition (and hats off to the men participating in this gruelling event) and the fly past of the Spitfire which flew three sorties over the village and the last one quite low.

Much food was consumed along with the required liquid refreshments, Golcar has its own mini brewery, and a good time was had by the people who attended. Weather was dry but overcast for much of the day but from around 3.00pm the sun shone on the village (or the righteous as we villagers like to be known!).

Well done to the organisers for their sterling efforts and all those who turned out to support the event.