Approaching the city from the train station

Before our trip to Madrid numerous friends had said, “you must visit Toledo but go during the week when there are less tourists and it is easier to move around.” So heeding this advice we decided to go on a Thursday, we booked tickets in advance (and what an experience that was with the uncooperative ticket machines at Atocha Station) to be sure of seats on the fast train which only takes about 35 minutes.

We caught the 9-15am train thinking that we would get there early before any crowds arrived but found the train packed which seemed a little unusual for the early train. 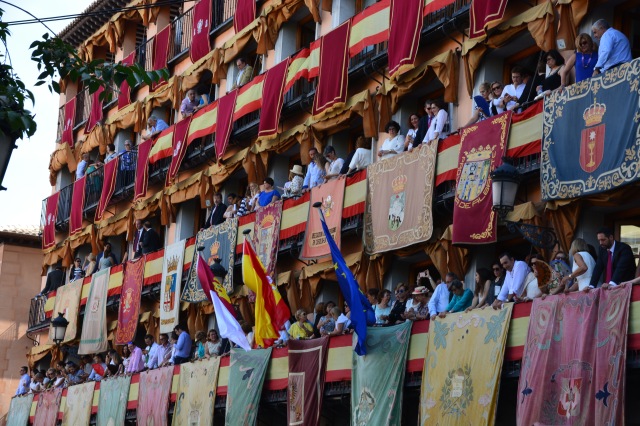 The “great and the good” await the parade

Arriving at Toledo we decided to walk to the city to take in the view of the castle, which is spectacular. At the bottom of the hill leading up to the city are a series of moving escalators, which transport you to the top of the hill free of charge. These were a complete surprise (and a blessing on such a hot day) and I had seen no reference to them in any of the tourists books I had bought. 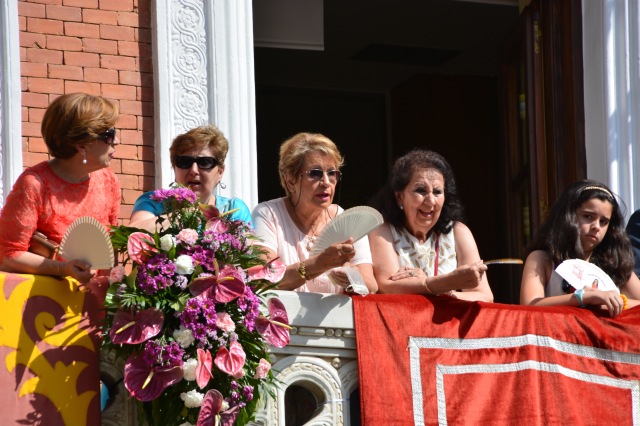 The women of Toledo

By now we were rubbing shoulders with hundreds of people and after arriving at the top we walked to the main square. We were greeted with banners, decorations, flags and tapestries hung all around the square, and several thousand people milling about and seemingly waiting for “things to happen.” 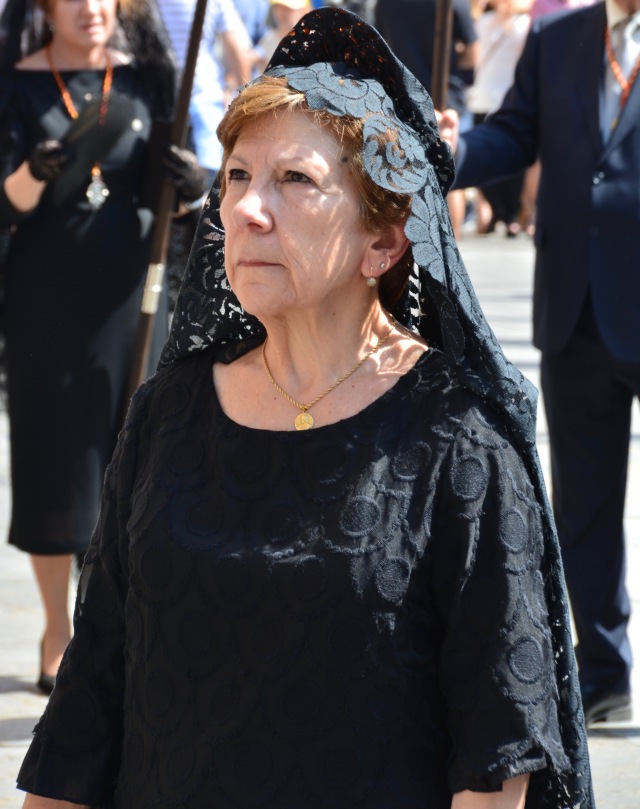 Proud and elegant in a stunning outfit

It was then we saw the huge poster announcing the “Day of Corpus Christie” which was to be celebrated by a huge parade through the town square and culminating at the cathedral.

Another beautiful outfit and fabulous fan

For the next three hours we mixed with the locals (and visitors from other parts of Spain) watched the magnificent parade, the children looked stunning in their white long dresses and the older women of the city paraded in beautiful black dresses with some wearing very ornate head dresses. Every different group was greeted with loud applause as they entered the square.

Oh, the stories that that face could tell………..

There were mounted police, mounted gendarmerie (in traditional uniforms of red and yellow), a marching band made up of young people, older men in capes and at the very end a detachment of Spanish troops marching with superb precision. 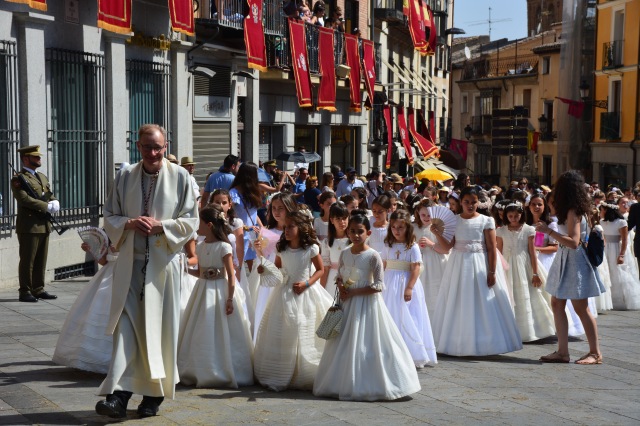 In between some of these we managed to get a quick meal in a tapas bar, this was empty when we entered, fifteen minutes later it seemed as if half the population of the city had decided to eat there, but it was a wonderful atmosphere. 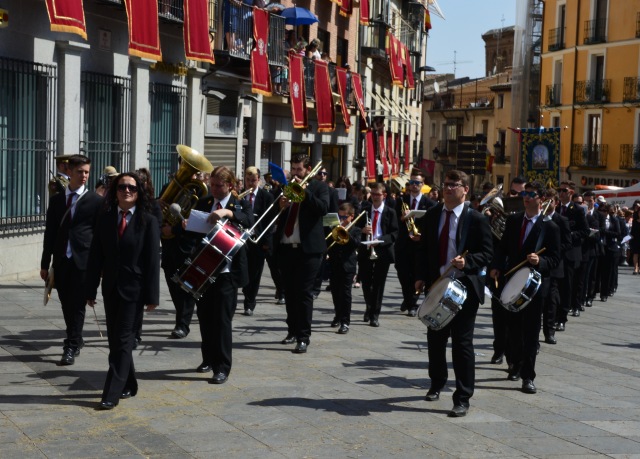 If truth be told, we actually saw very little of the city because of the numbers of people around but I wouldn’t have missed the parade for anything. I am returning to Madrid in September 2017 so a further tip to Toledo will be on the itinerary.

It was a long day in temperatures up to 40c at times, but how could anyone not be blown away by the pageantry and ceremony of the Corpus Christie Festival parade?

Part of the station front

As a quick final comment, do visit the train station as it is a marvellous piece of architecture and almost worth the visit to Toledo alone!