On the 25th February 2018 I went to a concert at the Subscriptions Rooms in Stroud, Gloucestershire with our friend Liz who had managed to get tickets. It was a sold out audience because the featured soloist was Sheku Kanneh-Mason, winner of the BBC Young Musician of the Year in 2016. 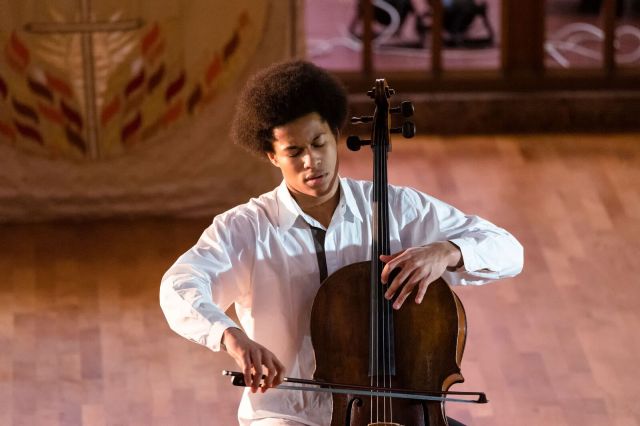 Since then his career seems to have taken off, pushed relentlessly by the BBC, and engendering a tremendous amount of “hype” in the press and other media. How much of this was down to the “novelty” of him being from a BME background is hard to tell, so it was an interesting opportunity to go and see what all the fuss was about.

The programme opened with Handels “Suite from the Water Music” played by the orchestra, which, at the outset seemed a little ragged. The quality of the playing picked up as the piece progressed. If I say it is not a piece of music that I will be returning to with any urgency, it will give you some idea of my opinion of the piece. 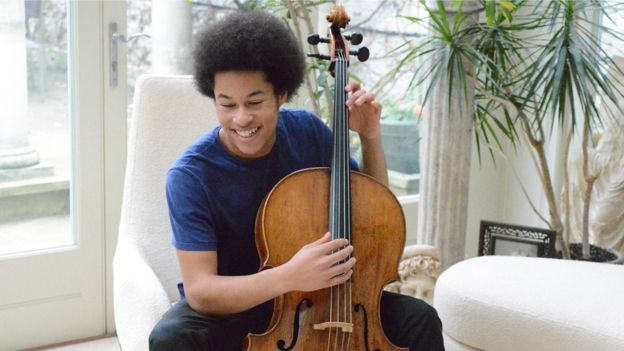 Next came the featured soloist to play “Haydn’s Cello Concerto No 1″, he was greeted with rapturous applause as he took to the stage (I always find it a little strange when classical musicians get applauded before playing a note!). I have to confess that Haydn is one of my least favourite composers so I was not over enamoured with the choice of this music.

So is the hype about Kanneh-Mason justified,” in a word, yes. For someone so young he displays staggering technical virtuosity and a strong emotional connection with the music he is playing. Ably backed by the EUCO, he produced a performance that certainly struck a chord with the audience who greeted the end of the piece with rapturous applause. Yes, I enjoyed it but would like to hear him in the Dvorak or Elgar cello concertos at some time.

After the interval we had the inevitable “new commission” by Anna Disley-Simpson entitled “Floreat”. It was a rather dull, meandering piece that could have been composed by any third year music student. She does however, seem to be flavour of the month with the BBC, who seem to be promoting female composers irrespective of real talent.

The concert concluded with Mozarts “Symphony No 29” which was enjoyable but somewhat bland to my ears. I have to confess that I struggle with Mozart, other than his operas, and much prefer the enormity of sound from Mahler, Bruckner, Richard Strauss and Janacek.

Do go to see this young man, he is a prodigious talent and will be gracing the major concert halls of the world for many years to come.

One final comment about the concert. Out of a packed audience of several hundred I saw two “black faces” which surprised me given who the soloist was. I know that Stroud is not a massive multi-ethnic area but Gloucester and Bristol are not very far away and I thought the concert may have attracted more people from the BME community.