York…….home to a splendid railway station, National Railway Museum, not to mention an imposing cathedral

A lovely autumn day last week called for a visit to the city of York and all that it has to offer. The train from Huddersfield takes about forty-five minutes and delivers you to one of the finest railway stations in the UK, which sports a magnificent domed roof.

Ticked away in the workshop, the iconic Flying Scotsman

First stop on my visit was the railway museum to check out any new additions to the display in the great hall. Since I was last here they have added ‘The Mallard” which is the fastest ever steam train in the world and clocked a speed of one hundred and twenty six miles per hour.

Inside of steam train

The train has been fully restored and looked magnificent, it had been polished to within an inch of its life and it was easy to see why it has become a favourite amongst those who appreciate our industrial heritage.

One “beast” that was made for the overseas market, in this case, China

I then walked through to the workshops to see the restoration work being done on Sir Nigel Gresley, it has been stripped back so much it was difficult to imagine a train would emerge from this. Just behind it stood The Flying Scotsman, which was in for some maintenance work before resuming its tour of the UK (I was lucky to catch it a couple of weeks ago on the Bury to Rawtenstall run). There is so much to see and experience at the museum that you need at least a good half-day to get anywhere near seeing many of the exhibits.

A ten minute walk took me into the centre of the city via a small independent café called “The Burr” where I had the best sandwich I have had in years, it consisted of Iberico ham, roasted artichokes, manchego cheese and quince paste along with a very good cappuccino (well worth a visit and good to support local independent businesses). 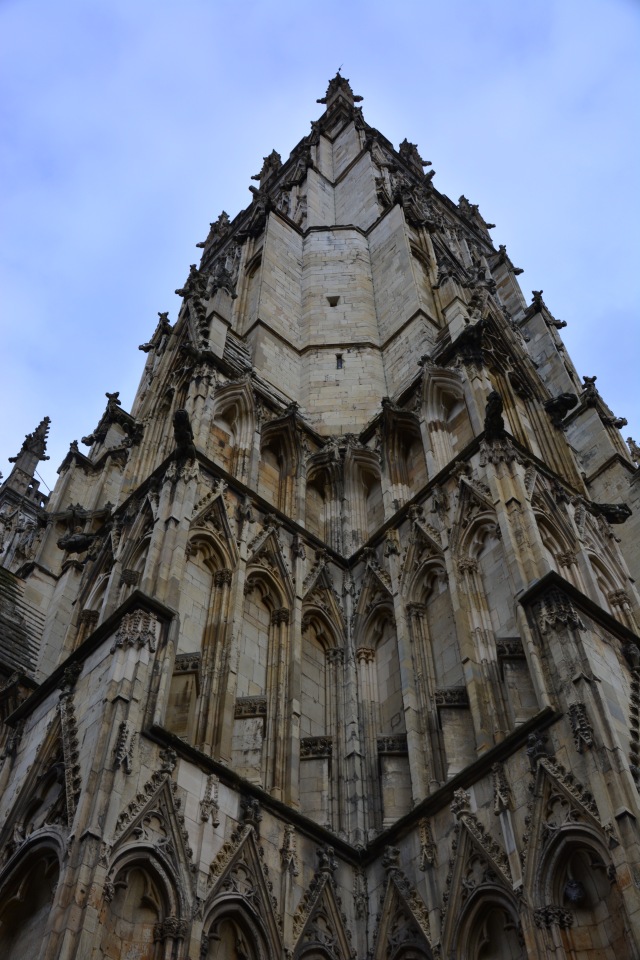 Eventually I arrived at York Minster and spent some time taking photographs from different perspectives. I also caught one young lady in a majestic pose in front of the cathedral, however, I am not sure what this was about!

Perhaps just an expression of admiration…………

A pleasant stroll in afternoon sun took me back to the station where I caught the express train back to the sunny climes of Huddersfield. There is a lot to see and do in York so a return journey is on the schedule for the not too distant future.

2 Responses to York…….home to a splendid railway station, National Railway Museum, not to mention an imposing cathedral